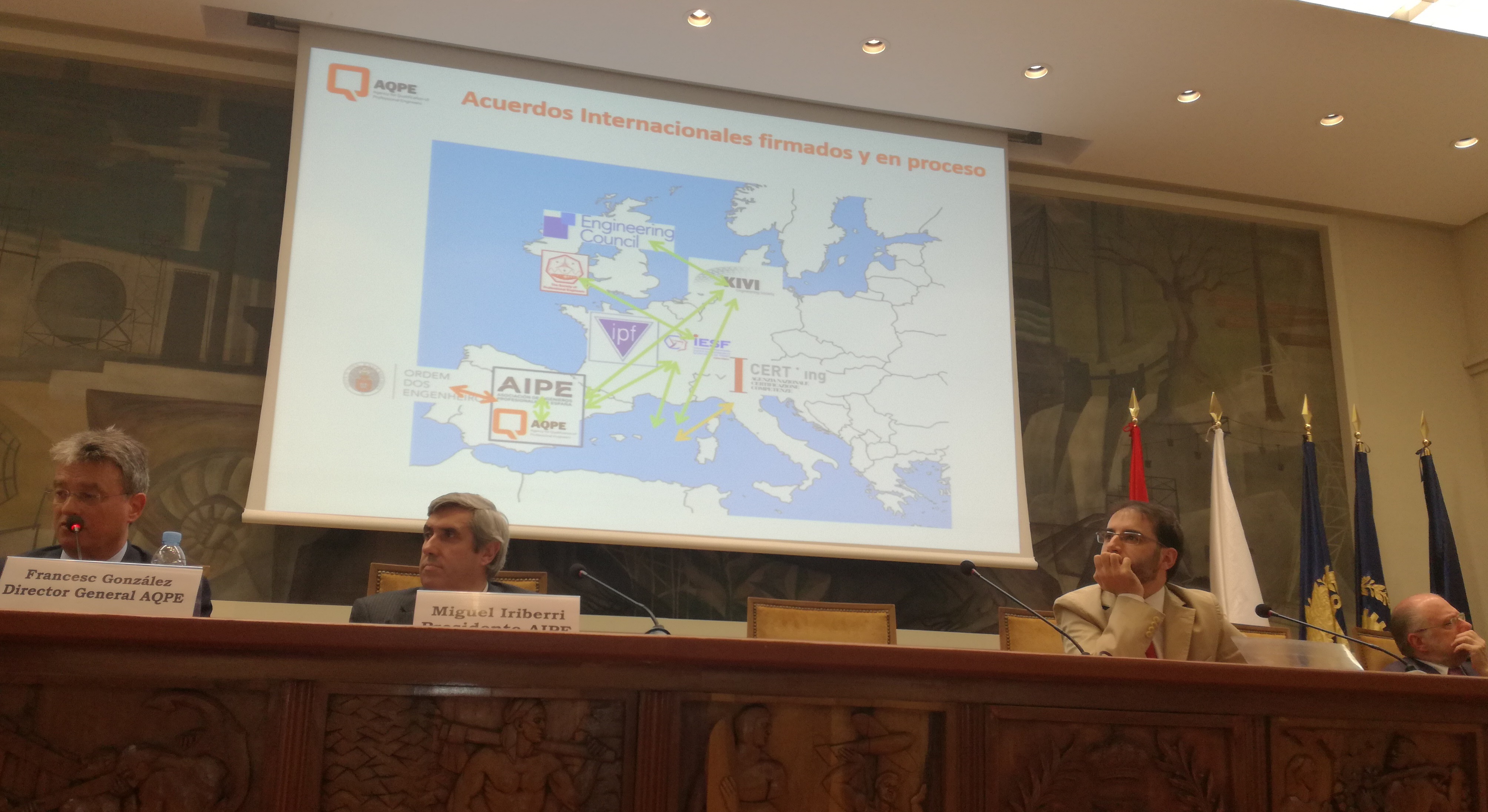 On the 5th of July, AIPE and AQPE celebrated the “Benefits of becoming a registered engineer” roundtable at the ICAI headquarters in Madrid. We have made the videos of the event available.

Initially, we had an intervention (through videoconference) by Nicole Rinaldi, Head of Global Membership Development of IMechE, who described the system of professional certification developed by her institution, and talked about her assessement of the work done by AIPE and AQPE. (Nicole Rinaldi interfered  in substitution of Geoff Baker, whose presence wasn’t possible due to supervening causes).  IMechE was also represented by Miguel Sanmartín, Chartered Engineer by thw Engineering Council.

Afterwards, Francesc González, General Manager of AQPE, an entity that works in collaboration with AIPE; both leading the brand Professional Engineer (PE), stated the need of the Certification “in a world each time more VUCA” (Volatile&Uncertain& Complex&Ambiguous), as professional certification allows a corporate prestige, credits the professional level of its workers, involves an added value in public licitations an also gives considerable discounrs in SRCPs, as its professional expertise has been proved. This point was confirmed by Juan Zaforas, General Secretary of the Colegio de Ingenieros ICAI

Once the roundtable was closed, there was an intervention by Miguel Iriberri, President of AIPE who, between other statements, highlighted how “this system certifies the real competences of an engineer”.

The event was finished with the members of the table answering the questions of the assistants.