The Professional Qualifications Committee of AQPE 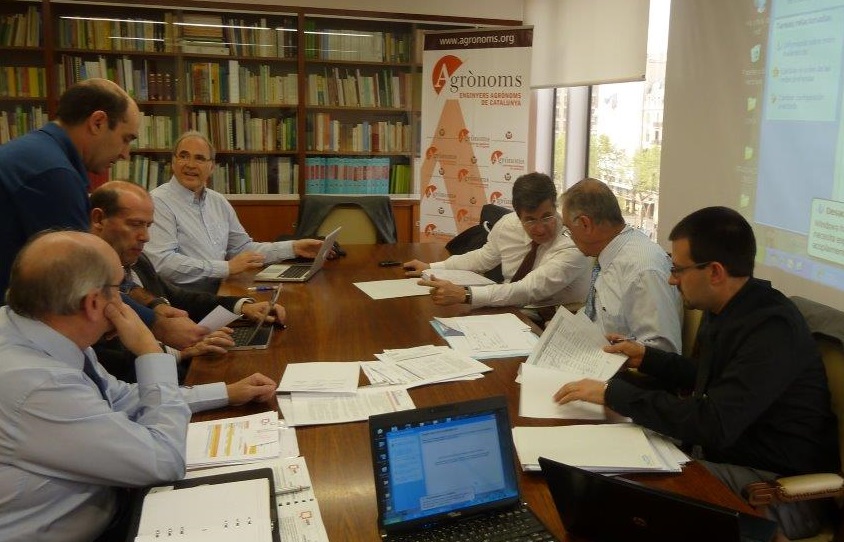 The Professional Qualifications Committee is the organ of the Agency responsible for sanctioning qualifications of skills applicants of engineers and issue certificates. It consists of renowned professionals in a limited but sufficient to cover the spectrum of performance engineers. Eventually may invite other members or incorporate specific areas.

It consists of the following members: 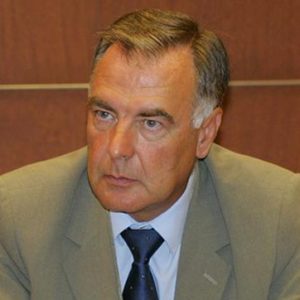 Industrial Engineer ETSIIB-UPC and is currently President and CEO of Aced Engineering Group.

He has participated in the development and implementation of numerous industrial projects, shopping centers and service buildings throughout their professional lives basically in Catalonia and the rest of Spain. Today we lead a proposed housing development and construction in Brazil. It is a founding member and executive member of various teams and business tips administrations related to the world of engineering, construction and services.

Professionally he has participated and contributed extensively to different classes and activities. Has been a member of the Governing Board of the College of Industrial Engineers of Catalonia and President of the Trade Action Committee, Member Technical Arbitral Tribunal Catalonia, member of Council of Colleges of Industrial Engineers of Spain, member of the Board of the ICT (Instituto Catalán Technology), member of Technical Standards Committees and commissions AENOR and interdisciplinary professional tables on interpretation and generation of rules and regulations and Chairman of the Technical Committee of Standardization Projects AENOR 157,001. Member of several technical committees in the Ministries of Industry and Environment of the Generalitat of Catalonia and Barcelona City Council. Founder and promoter of different regulations interpreting tables: TINSCI, TASCOM, and others. Regular contributor Institute of Construction Technology of Catalonia (ITEC). Member of the Academic Committee and professor of the course Project Management (DIP) (Project Manager) of the Catalan Institute of Technology. Founding member of A.S.I.N.C.A. (Association of Consulting Engineers of Catalonia) and member of the House of Founders and Board and responsible for Industrial Association. Speaker and moderator of professional conferences organized by various public and private organizations, and professional associations.

Additionally also participated and developed an intense activity in different entities and agencies, assuming positions of responsibility. Has been a member of Parliament and chairman of the Committee on Industry of Barcelona Chamber of Commerce, president of the Union of Industrial Estates in Catalonia (UPIC), Vice President of Engineering Safety and Safety Group companies of Engineers, Member the Board of Directors of the Company private Municipal Municipal Infrastructure Barcelona, SA (BIMSA), and director of various private associations of social and sporting.

He has completed further studies and other evidence obtained as: Graduated from UPC in process systems design and food processing plants. And graduate of U.P.C. in environmental impact in the agricultural environment.

It Project Manager at Engineers Berenguer, SLP since 1978. engineering projects dedicated to agribusiness and food, with a great effect on the meat sector.

He has been an associate professor in the School of Engineering (University of Girona). From Girona, agro engineering branch, for twenty-three years lecturing rural engineering, water and irrigation, buildings, etc,. In recent years she taught resistance directed numerous materials and final projects.

Professional Stage Management (Planning and Transport of the Generalitat of Catalonia, 1980-86).

Significantly participates in the operation of Barcelona’s urban redevelopment prior to the 1992 Olympics as Olympic Village Manager, SA (1986-1990) and Director General of the property company Nova Icaria, SA developer of the Olympic Village in Barcelona (1990 -95).

He was General Manager of the Metropolitan Transportation Authority of Barcelona, ATM (1995-98) and Director General of Docks and Port Areas, SA (MEPSA), the concession of the Port of Barcelona (1998-2007). 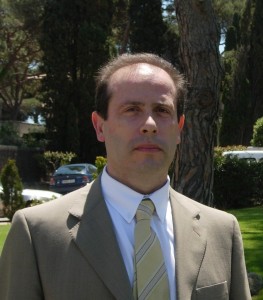 Telecommunications Engineer from the Polytechnic University of Catalonia, for the first class of the school of Barcelona. Developed much of his career in Telefónica responsible engineering and associate director of the center for Research and Development Telefónica in Catalonia, led the introduction of the first digital public telecommunications networks for the Olympic Games 1992, coordinating all requirements international media.

He is currently Managing Partner of Ticvalue, telecommunications consulting business.

He is professor of the School of Architecture and Engineering La Salle, and collaborates with the UPC research group in the cost of Internet, has published and presented papers at various international symposiums.

Trained as at IESE Business Angels, is a partner in the background BCNBA startups driving the creation of the ICT sector.

As an active promoter and defender of the telecommunications industry and its professionals, as well as integration with the field of information technology, is currently Vice Chairman of Catalonia ICT and advisory board member of the Data Protection Agency of Catalonia , and IESE member. 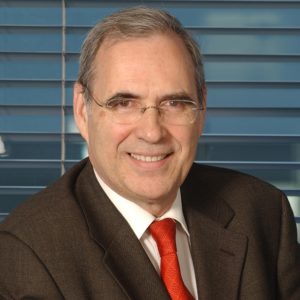 PhD in Industrial Engineering (UPC) and Computer Engineering (UPM). He has developed his career as CEO in INDRA, the leading Spanish electronic and information technology, director in Catalonia UNISYS, American multinational computer equipment and services and director of Organization and Informatics in ENHER, now part of ENDESA .

A part in various international projects and urban transformation, as CEO to the Organizing Committee of the Olympic Games of Barcelona 92, as president of the Association 22 @ Network, consisting of technology companies that operate in the area of ​​the city 22 @ Barcelona.

Currently working on various projects as CAUDEX partner, dedicated to issues related to innovation and entrepreneurship, is CEO of UPC Alumni, organizing and promoting this new activity of the UPC, and serves on several advisory boards.

It also held an activity related to the academic as a professor at the University (UPC, UAB) and a professor at business schools (ESADE, EADA, M & F). Currently involved in various organizations such as the founding president of FTI, dedicated to IT training and as president of the association NOUTEC that drives high school robotics, multimedia and systems thinking. He has also published articles in various journals and lectured in various countries.