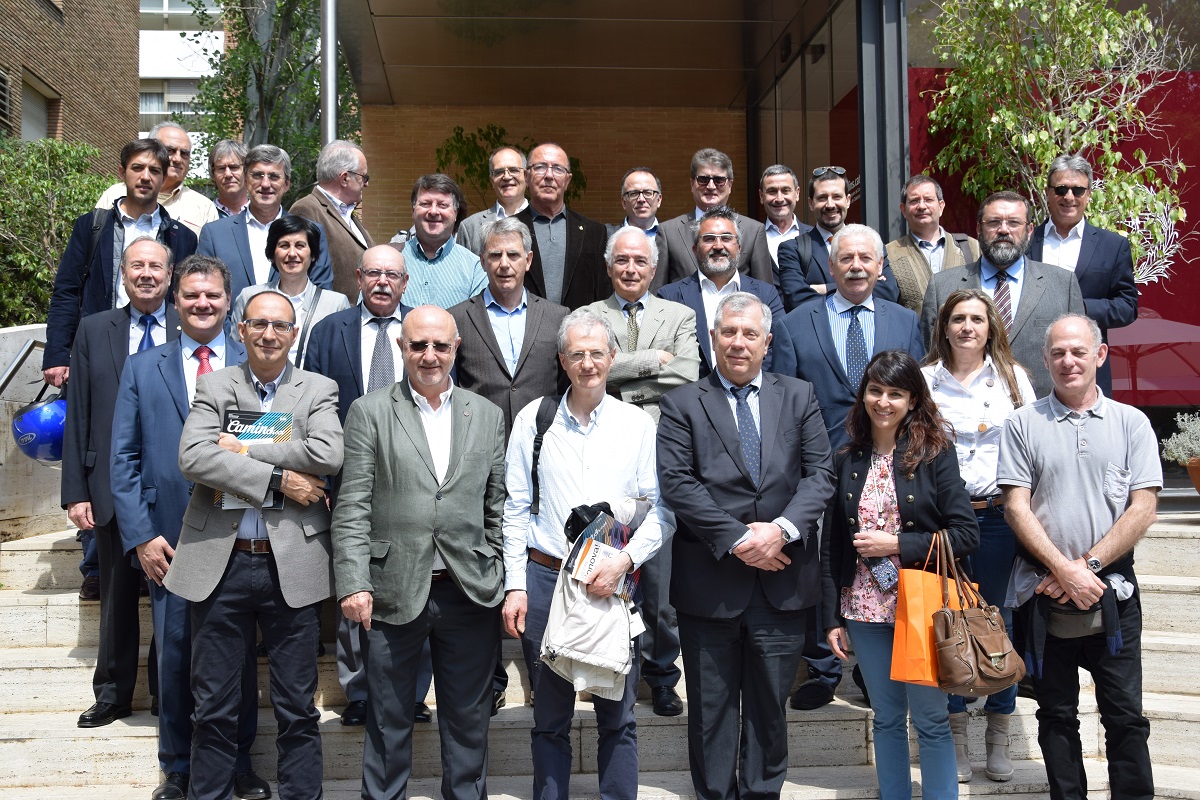 Last friday, March 18, the first Professional Engineer Day was celebrated in the Col·legi d’Enginyers de Camins, Canals i Ports (see photos). This event will be continued in Madrid the year 2019, organized by our sibling association AIPE, Asociación de Ingenieros Profesionales de España, with the idea of alternating headquarters between Barcelona and Madrid in order to give continuity to this annual act for all engineers.

On March 18th, along with the presence of over 50 engineering professionals from different fields, Oriol Altisench, president of the AQPE, opened the event by reminding the success of the last 1st International Forum of Professional Engineers celebrated in May 2017, and also reminding the audience that on the next 8th of June the SNIPF, Societé Nationale des Ingenieurs Professionnels de France, is celebrating the second International Forum in l’Ecole Nationale d’Aviation Civile (Toulouse), a role which we hope will be taken over by the Italian association in 2019 and by the Dutch association in 2020. 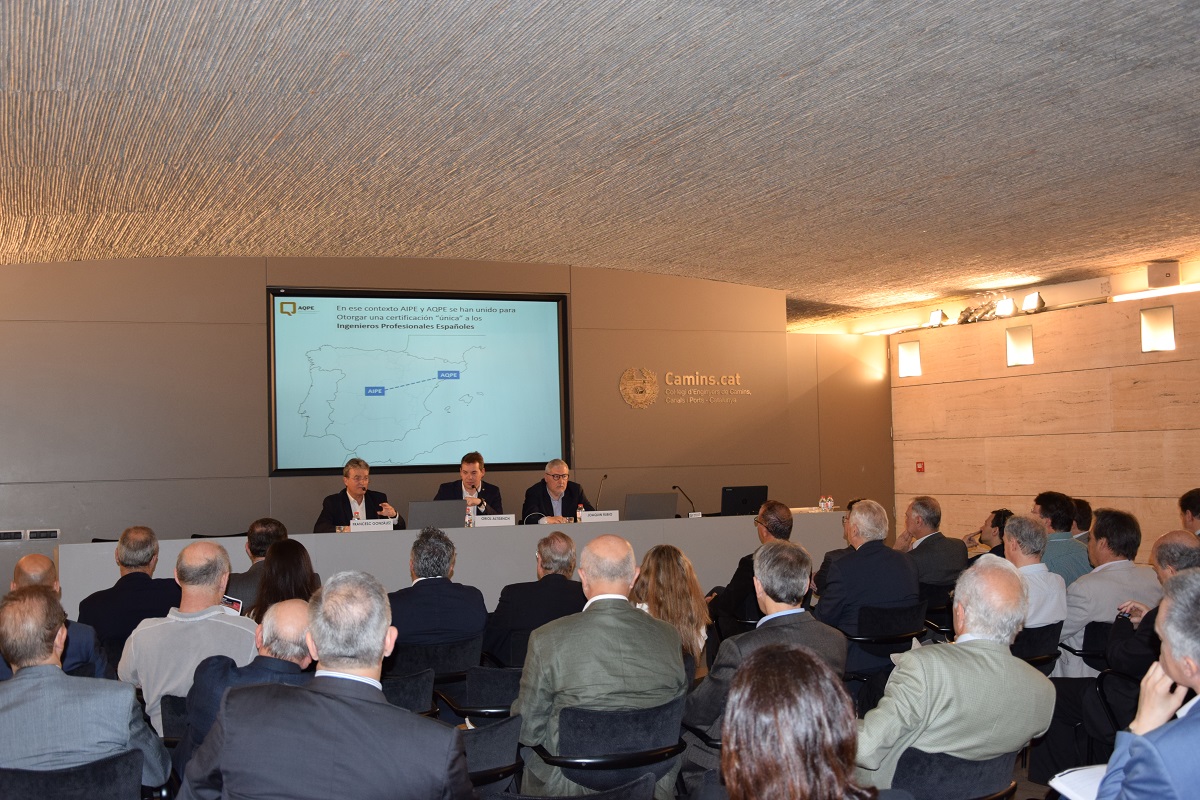 Francesc González, manager of the AQPE, explained the recognition agreements signed with the AIPE (Spain), the SNIPF (France) and the KIVI (Netherlands) by which the certified engineers of AQPE can be automatically recognised as members of the French association or as Chartered Engineers, and soon also as Incorporated Engineers by the Dutch association KIVI. There was also a projection of a video with a recorded message from AIPE’s generals  secretary , Juan Zaforas, welcoming and thanking all of the assistants.

During the event, the agreements that are currently being prepared with the engineers of the English IMechE, the Italian CERT’ing and the Portuguese Ordem dos Engenheiros (OE) were also commented on, each one on a different level. These agreements are configurating a European scenario of the Professional Certification of engineers leaded by the AQPE.

There was also an intervention by Joaquim Rubio, an engineer who explained his career as the Human Resources Manager of various multinational corporations thanks to his  certification with the HR Certification Institute of the United States.

Another intervention was by Josep Lluís Armenter, general manager of Aigües de Terrassa, who explained the importance of the certification of its technitians for AGBAR, as well as the collaboration agreements with his Escola de l’Aigua (School of Water).

To conclude the event, Professional Engineer cards were given to the certified assistants by the AQPE, and a tablet was given to the civil engineer of ADIF Sílvia Pérez del Caño, winner of the poll made by AQPE. 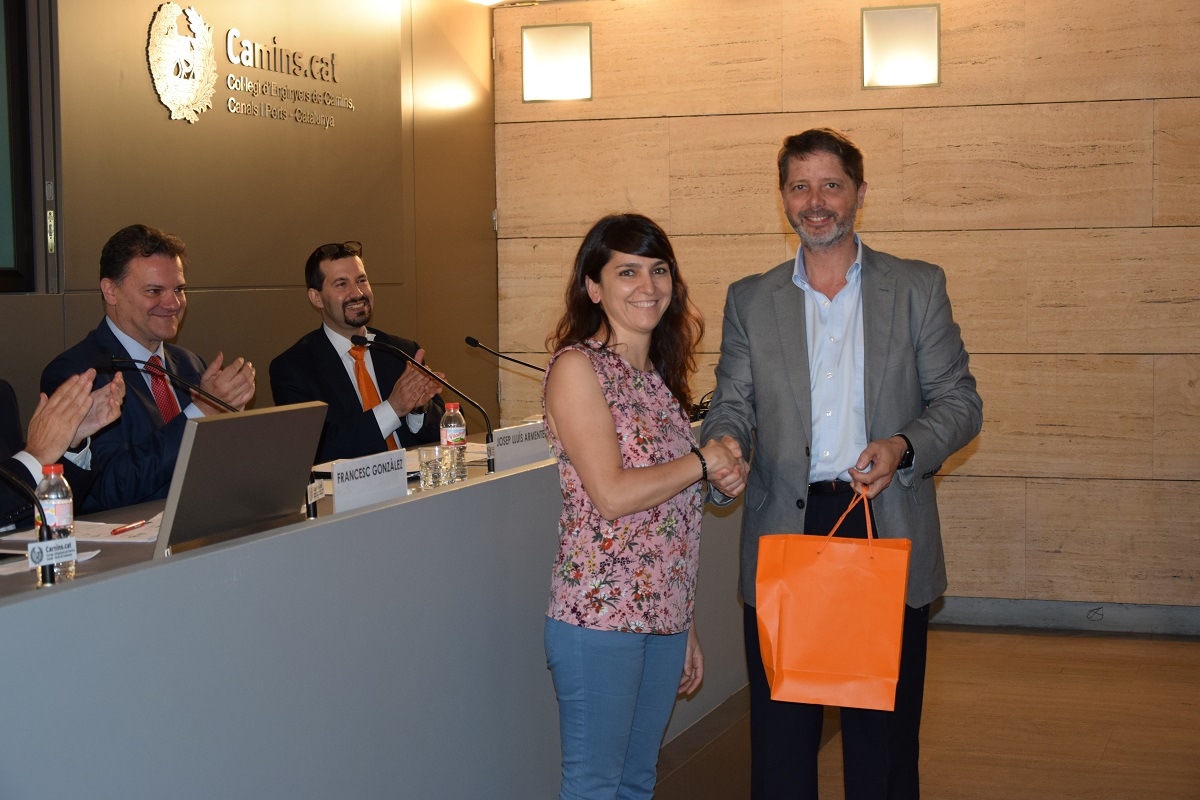 >>> Photo gallery of the 1st Day of the Professional Engineer of the AQPE.